Can I travel to Canada after being convicted of DUI? 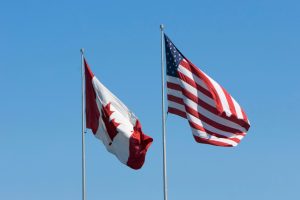 See: “Harsher Penalties for DUIs: How to Travel with a Conviction,” https://ncdd.com/harsher-penalties-for-duis-how-to-travel-with-a-conviction/.

That excellent article or blog explains how “Bill C-46 & Its Significant Impact on Canadian Admissibility,” stating: “Bill C-46 amends the Canadian Criminal Code to create harsher consequences for impaired driving as well as new offences for driving after consuming drugs, particularly marijuana. Approved on June 21, 2018 and in effect December 2018, the Bill also grants police greater powers to test drivers for impairment and increases the maximum penalty for a DUI from 5 to 10 years. Impaired driving will soon be considered “serious criminality”, raising the difficulty of overcoming inadmissibility to Canada. As a result, foreign nationals and temporary residents who could previously visit Canada may now be denied entry, and permanent residents may face deportation. To boost chances of entry to Canada, it will be increasingly valuable to avoid offences resulting in inadmissibility, especially by pleading down a DUI to a lesser offence.”

The blog says: “For the first time ever in Canada, police will be able to conduct random roadside breath testing for alcohol impairment. Police may also use new screening tools to test drivers’ saliva or blood for drugs in their system, however, drug tests may only be conducted under reasonable suspicion of drug use.”

This bill becomes effective in December 2019.  It brings harsher sanctions and penalties and will impact entry into Canada. Following Bill C-46 taking effect in December, not only will the tougher penalties affect consequent domestic and international convictions, but also temporary and permanent residents with prior convictions.

“To obtain a Temporary Resident Permit to enter Canada, foreign nationals must present a significant reason for travelling. Now classified as serious criminality, DUIs will present a larger roadblock to entry as they will likely require a much more significant reason for travel. Moreover, foreign nationals and temporary residents with a single DUI conviction will lose eligibility to be deemed rehabilitated after 10 years. They may still apply for Criminal Rehabilitation 5 years after completing their sentence but will face higher scrutiny of their application due to the serious criminality status of their offence. For those with a conviction over 10 years ago who are currently deemed rehabilitated, it is unclear whether they will lose this status and if their admissibility will be affected.”

After reading this article on Canada’s new Bill C-46, I am now going to try to get input from Canadian criminal defense and immigration attorneys for my clients.  This major change will mean Washington State DUI Attorneys will need to try all out to get their clients’ DUI charges reduced to a lesser offense, anything but a DUI conviction.

I highly recommend reading the excellent NCDD (National College of Dui Defense) to any accused and their defense counsel to see in more detail what we are now up against as to entry into Canada with a DUI conviction or convictions.  For many it will simply not be possible, even worse than it is now.

The article that is the basis of the above blog is the work of FWCanada is a Montreal-based immigration law firm that provides professional legal services on Canadian immigration. They deserve full credit for this work which I have only summarized.  Please read their full article if you seek advice on going to Canada after DUI charges or conviction.

Traveling to Canada with DUI

Apologies, but there are no posts to display.